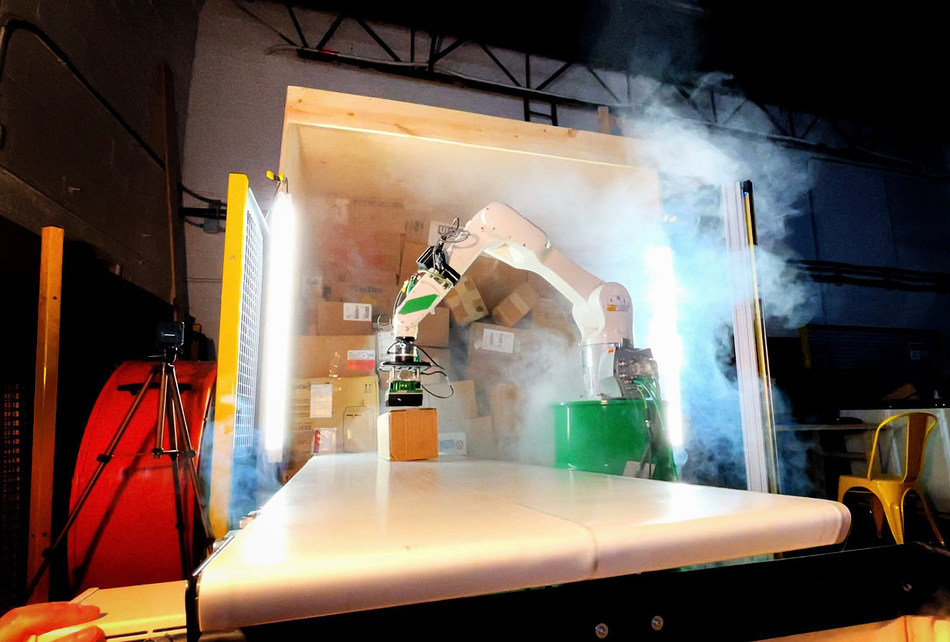 CAMBRIDGE, Mass., April 14, 2021 /PRNewswire/ -- How has a team of 15 solved one of the biggest challenges in logistics automation in only 18 months and with limited funding? By keeping people in the picture. A real world warehouse is chaotic and fast paced. Unloading messy trailers and getting billions of e-commerce orders delivered on time involves backbreaking, repetitive tasks. It also requires a constant stream of ingenuity and problem solving that only people can provide.

"At Pickle, we think of our robots less like Terminators and more like sled dogs. No one expects a team of dogs to run the Iditarod on their own," says Pickle CTO and co-founder Ariana Eisenstein, "they'd run into trouble in just minutes." The same goes for AI robots. After spending months inside warehouses observing operations, the engineers at Pickle realized that if you try to completely replace people with robots, the operation would quickly grind to a halt.

More on Boston Chron
With that insight, Pickle may have created the holy grail of automation tech for the logistics industry: solutions that inexpensively retrofit existing operations and have the potential to increase the processing rate of the entire facility. In their new video, Pickle demonstrates how their robot, "Dill," can unload a messy, real-world trailer at more than 1600 picks per hour. This is significantly faster than a person, and double the speed of any competitors.

To maintain these speeds, Dill needs people to supervise the operation and lend an occasional helping hand, stepping in every so often to pick up any dropped packages and handle irregular items. This saves employees' backs and reduces the considerable costs associated with labor, mis-sorts, damaged items, and trucks leaving late. However, what customers are really looking for is a way to increase capacity and revenue in their existing facilities. When Pickle removes the bottleneck at the loading dock, the throughput of the whole building goes up.

More on Boston Chron
How is it possible that such a small team has solved this problem? CEO Andrew Meyer says it's because "we designed people into the system from the get go and focused on a specific problem: package handling in the loading dock. We got out of the lab and put robots to work in real warehouses. We resisted the fool's errand of trying to create a system that could work entirely unsupervised or solve every robotics problem out there."

Pickle robots are already in production sorting packages in ecommerce fulfillment warehouses, and the Trailer Unload configuration in the video is available to reserve in June for shipping beginning in 2022. "We've made the robot smart enough to roll up and do the job, eliminating the extensive customization and process overhauling that typically goes along with automation," Meyer says, "that means we can lower the cost barrier to adoption by as much as 90% and serve customers who might assume robotics is beyond their reach."