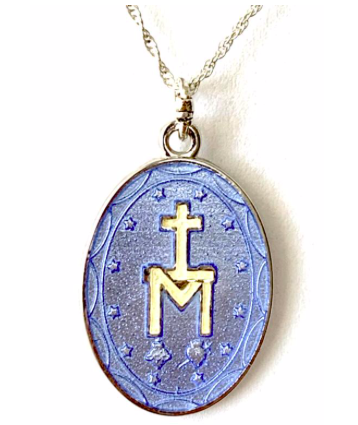 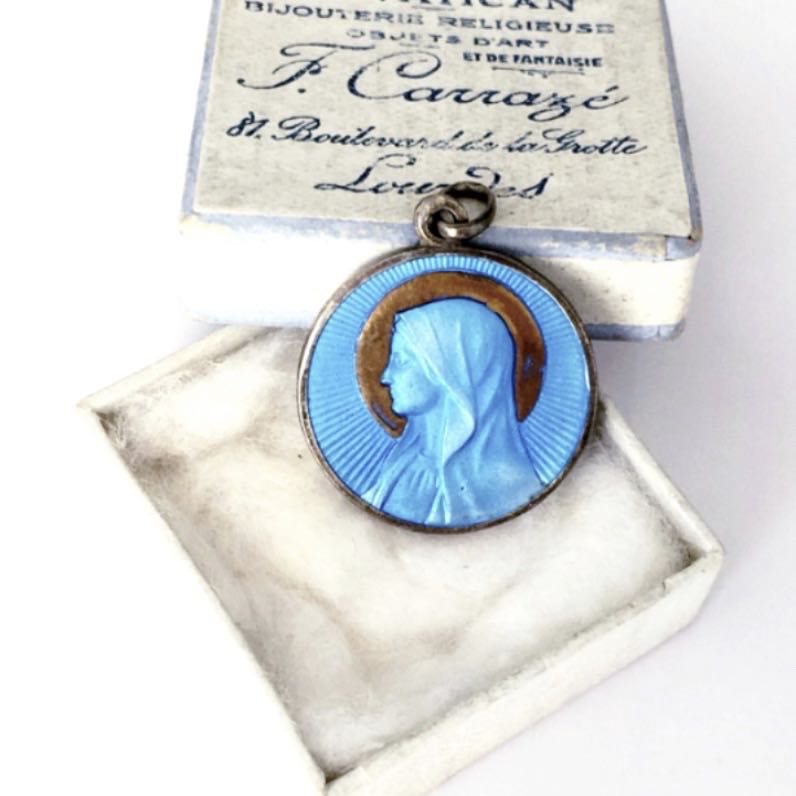 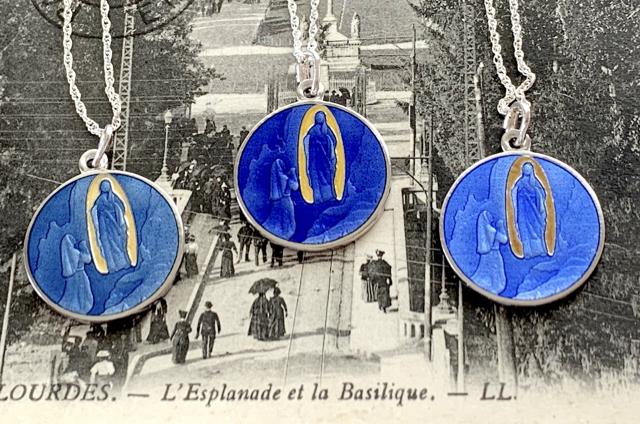 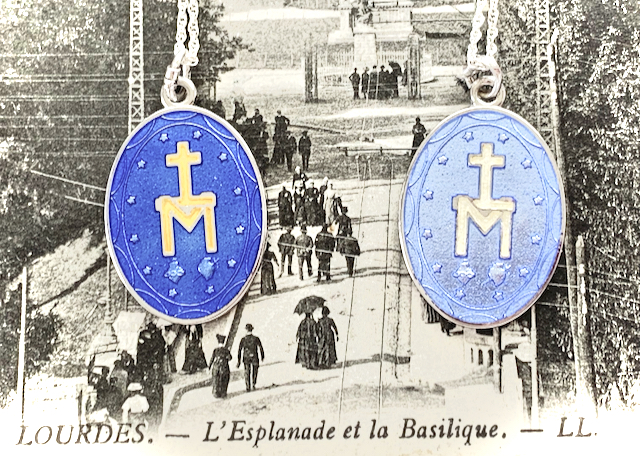 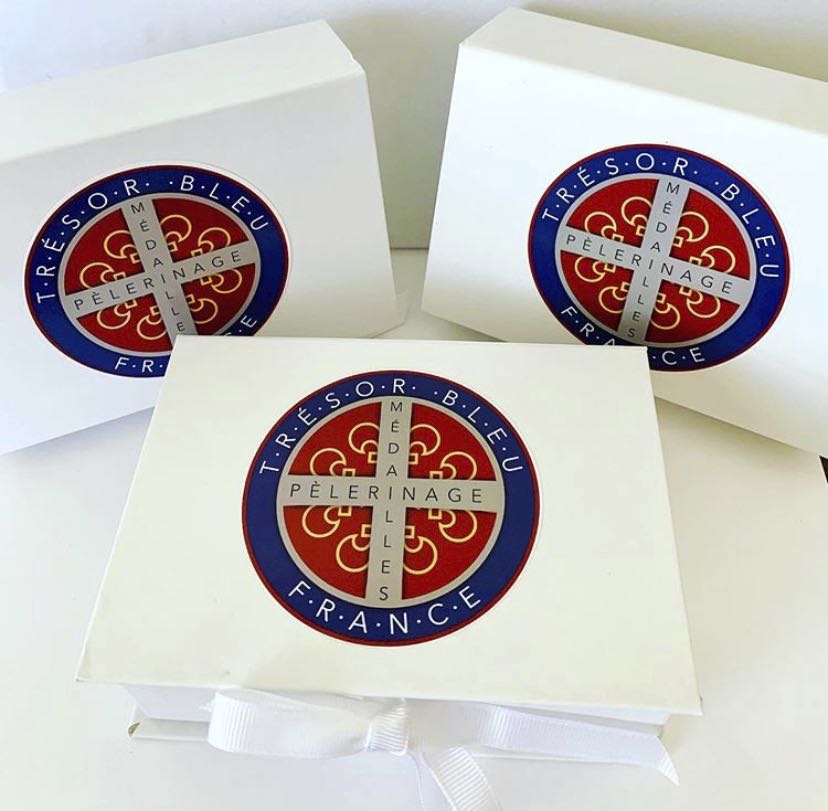 Iconic, vintage Catholic medals from France are now recreated in beautiful vitreous enamel.
MISSION VIEJO, Calif. - BostonChron -- TRÉSOR BLEU today announces the launch its new Réveil du Pèlerinage Collection, an assemblage of new hand-crafted replica medals based on iconic Catholic pendant designs from mid-century France.  The Réveil du Pèlerinage collection celebrates faith, art and history with vintage and antique replicas:  Grotto at Lourdes, the Basilica of Lisieux, Sacré-Cœur and the Miraculous medal of 1830 to start, with more replica medals coming this Fall.  The new line is made in keeping with the beautiful, time-honored art of vitreous enameling which gained in prominence in mid-century France and became synonymous at the time by designers Lalique and Fabergé.  Vitreous enameling forges powdered glass onto silver, resulting in a light-catching, glassy surface in heavenly bleus and other vibrant colors.

More on Boston Chron
"While the new Réveil du Pèlerinage Collection pieces are beautiful, they are also symbols of faith.  We believe that jewelry is not about what you have, it's about who you are.  Trésor Bleu honors history, faith and our common journeys, our own pilgrimages.  For the past two years, we've retailed vintage medals have had their own journeys around the world, with years of prayer, years of wear.  It's an honor to now be recreating these vintage pieces in the same tradition as the originals," says Catherine Bennett, Trésor Bleu's founder and owner. Réveil du Pèlerinage pieces are designed to be ageless with collector's appeal.  Whether worn daily or for special occasions, the Trésor Bleu Réveil du Pèlerinage Collection is meant to be enjoyed and passed on for years to come.

Pendants from the new collection are available now on Trésor Bleu alongside classic vintage pieces.   The new collection is priced $70-150, with new designs revealed and launched in the upcoming month.

More on Boston Chron
ABOUT TRÉSOR BLEU
Since 2017, Trésor Bleu has been selling vintage devotional items from France.  Based in Orange County, the appeal has grown.  Trésor Bleu has expanded to hand-crafting its own replica designs in 2019 and into wholesale, boutique, and brick-and-mortar outlets.  As the brand grows, it remains true to its founding philosophies and faith-based foundation, "Jewelry is not about what you have, it's about who you are."